If you like both road biking and mountain routes, you can’t miss this tour through the Montseny national park where you’ll get to enjoy 140 km of mountains and nature.
The Montseny bike route covers a vast territory, up to a height of 2000 metres and along paths that will delight the most passionate cyclists. 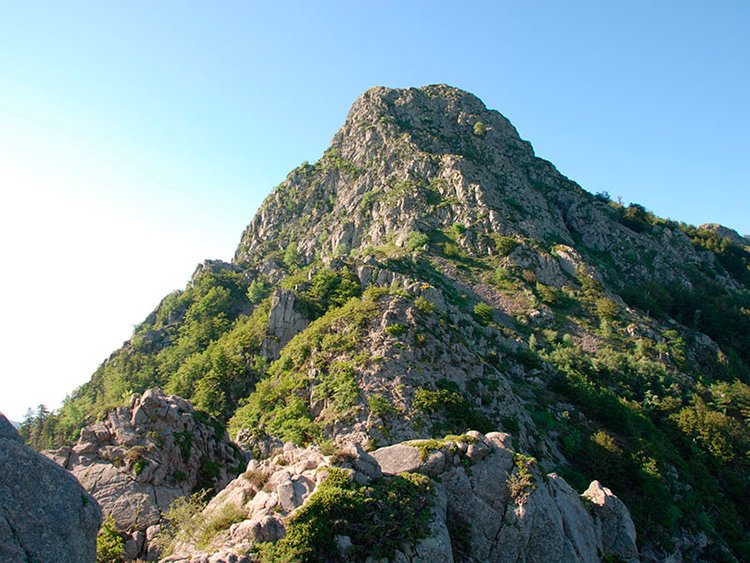 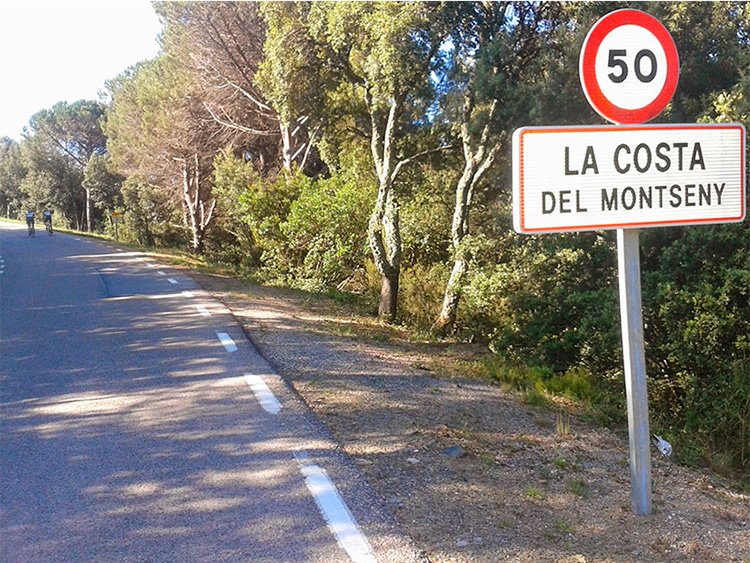 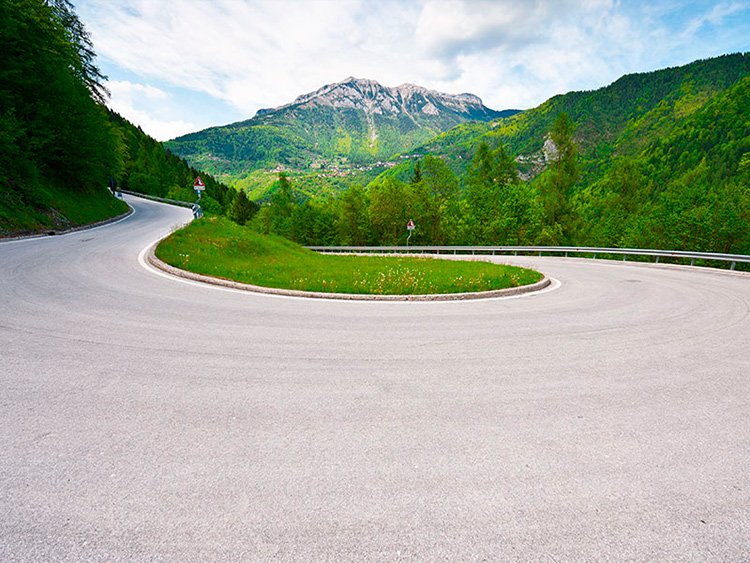 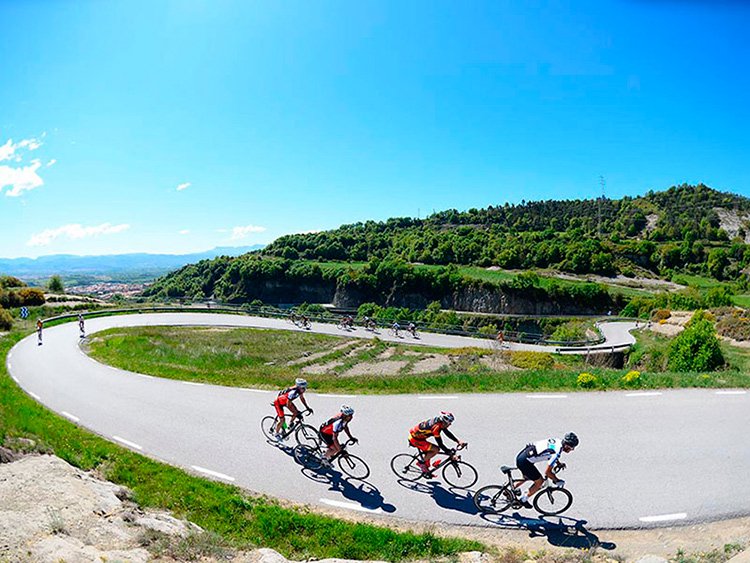 The Montseny bike route runs through a network of regional roads especially modified for cycling, that allow you to explore and admire many elements of the culture and natural heritage of the area.

Immerse yourself in the impressive  Montseny National Park, the oldest park in Catalonia, declared a biosphere reserve by Unesco and with an area of over 30,120 hectares.

The Montseny National Park consist of a mosaic of Mediterranean and central European landscapes which you can explore through the network of winding roads.  The Montseny Mountain itself stands majestic and haughty, visible from all around Catalonia. The name means literally “Mount Signal” (Mont Signus in latin).

The tour starts and ends in the beautiful town of Hostalric, where the imposing castle atop a volcanic hill is one of the highlights.  It was built around the year 1145 upon an ancient Iberian settlement. The Castle suffered severe damage in 1695 at the hands of French troops. You can also visit the medieval walls and the 17th century Santa Maria church.

Arbúcies is another of the villages that you will see during this tour. The village of Arbúcies is located between the Montseny National Park and the Guilleries area, declared a protected zone and area of natural interest.

In Arbúcies be sure not to miss its picturesque streets, its modernist buildings and the Plaza de la Villa, presided over by a more than 100-year-old tree. Montsoriu Castle is located  between the municipalities of Arbucies and Sant Feliu de Buixalleu, where you’ll have a fantastic views ranging from the coastal areas and the pre-coastal depression, to the peaks of Montseny and the Guilleries.

We’ll climb to the Montseny pass, from Sant Celon on the way to Santa Fe and Collformic, by way of the southern slope, which is challenge even for the best cyclists.

For the final stretch we’ll climb to Coll de Ravell, up the northern slope and then descend along the southern slope. This is a pass between the Montseny massif depression and the Guillerías, on the boundary between Arbucies and Espinelves.

The Montseny bike route is ideal for nature lovers, as you’ll get plenty of chances to admire the local flora and wildlife.