Cycle through one of the most beautiful landscapes in the Alt Emporda, on Costa Brava, Spain. A bike route through Cabo de Creus and France, with a distance of 120 km and an incline of 2000 metres, where you’ll cycle along the steep roads of the area. This is one of the most well-loved routes for cyclists who train in the region. 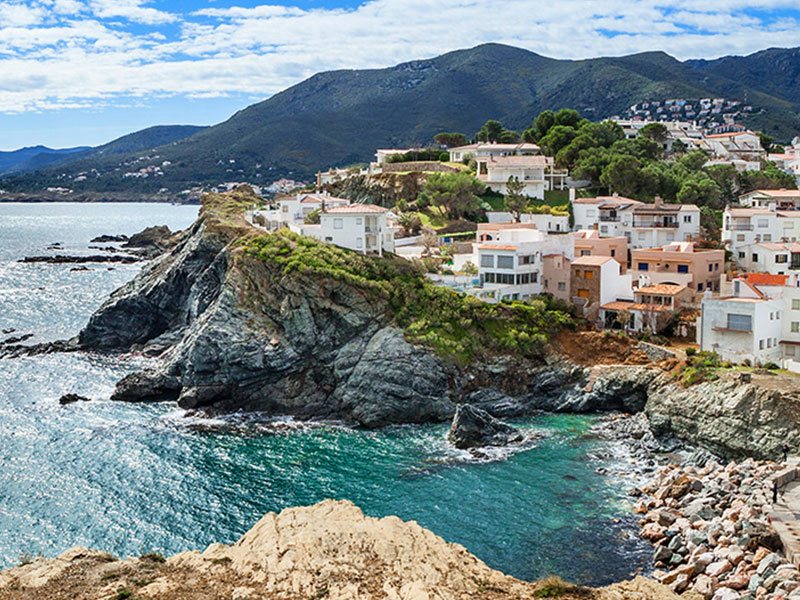 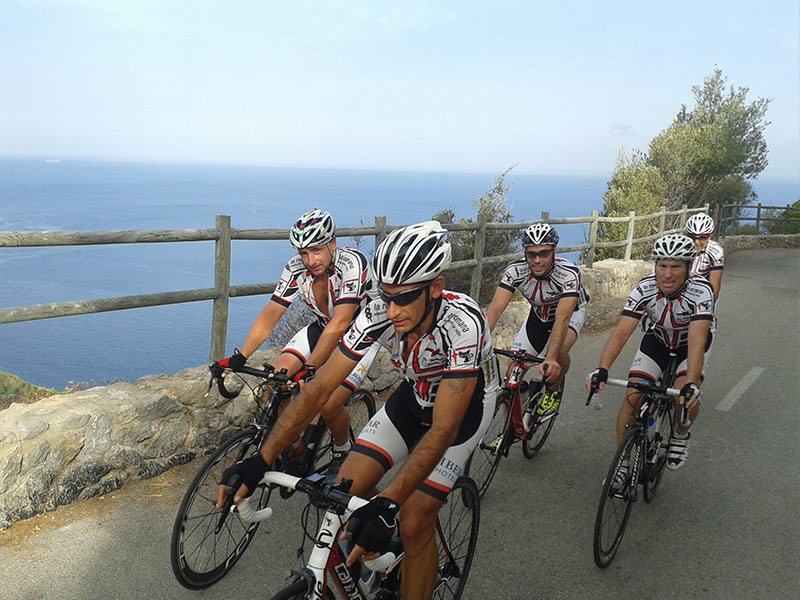 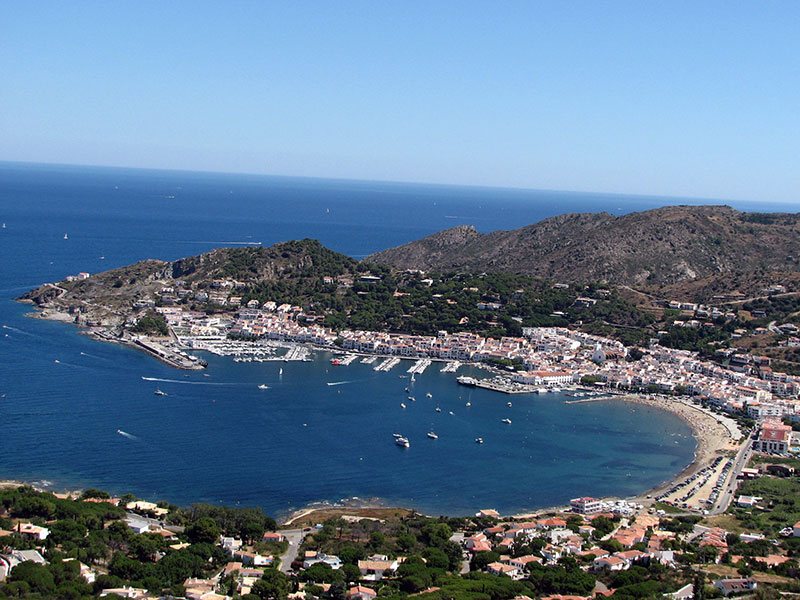 For this bike route through Cabo de Creus and France we will first set off from the beautiful coastal town of Roses, which is located in the heart of the Costa Brava on the northern side of the Gulf of Roses and south of Cap de Creus.

Roses was founded by the Greeks, originally with the name of Rhodes, and is absolutely full of history.  Other civilizations also left their mark, such as the Iberians and Romans. The result of this fascinating past is its rich architectural heritage, such as the citadel which dominates the whole city.

Other points of interest at Roses are Trinitat Castle, the fishing port, the Visigoth fort Puig Rom, coves like Canyelles Petites, L’almadrava or Punta Falconera, and of course its long beach of fine sands.

We’ll make a stop at  Sant Pere de Rodes monastery which belongs to the municipality of Port de la Selva, where you’ll have some magnificent views. It is a Benedictine monastery that began construction in the 9th century and that has since been declared to be of cultural interest.

You’ll visit some of the most beautiful and authentic towns and villages on the Costa Brava, such as Port de la Selva and Llançà. They are fishing villages that sill preserve the essence of the Costa Brava, now and forever.

You’ll get to know the most northern Spanish fishing village on the Mediterranean; Portbou, which is situated in some fairly rugged terrain, with some great roads for cycling.  From there we will go on to France, where we’ll stop in Cerbère, a beautiful coastal village on the shores of the Gulf of Leon.

Returning to Catalonia, we climb up to Coll de Banyuls an ideal road for cycling and for testing your strength. It is an interesting ascent to a point where the Empordà and France meet. This mountain pass is quite irregular in terms of the route and has a series of inclines above 10%, along with some vertiginous descents that can be a lot of fun.

We’ll finish the tour where we started it,  at Roses, where you can relax on the beautiful beach on the shores of the bay.

The Cabo de Creus and France bike tour coincides with the old cycle-tourism route in the area.